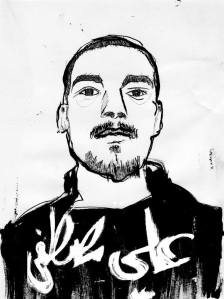 Before publishing the tribute by the Canadian New Socialist Webzine to the comrade Ali Mustafa, I would like to myself pay a small tribute to a comrade I did not know personally a lot ( I only talked to him few times on Facebook about Syria and Egypt), but has had all my respects for a long time. I just want to say that in my opinion and although I did not him a lot, Ali Mustafa represented my idea of true internationalism and revolutionary humanism as anyone can see through his work and activism on Syria, Palestine, Egypt and other causes. The revolutionary Che Guevara described the true revolutionary as someone who regards the greater problems of mankind as his own personal problem and as someone who “feels deeply troubled every time a man is killed, anywhere in the world; and is filled with great joy whenever the flag of liberty unfolds anywhere in the world.” Ali Mustafa is fully part of this definition.

We also pay tribute to the 3 other Young Syrian Volunteers alongside Ali Mustafa who also lost their lives in the explosive barrel attack in Aleppo on Sunday March 9 2014 while they were looking for survivors after the 1st explosion in the Neighborhood of Hadariya:
Ihab Houriyeh, 23 years-old
Ahmad Al-Khaled, 21 years-old
Ammar Bakkar, 19 years-old

We also want to pay all our condolences to Ali Mustafa’s family, friends and comrades.

To salute Ali Mustafa’s internationalism and revolutionary humanism, is also to remember that the author of this crime is the same that is responsible for the killing of more than 200 000 people in Syria since the beginning of the revolutionary process in the country in March 2011: the Assad regime.  No tribute can be paid to Ali’s Mustafa without condemning clearly the author of the crime, just as for the 200 000 other martyrs: the Assad regime is responsible for the death of the martyr Ali Mustafa alongside the 200 000 other martyrs.

It is the duty of the international revolutionary left, just like Ali Mustafa did, to continue to support the struggle for the liberation and emancipation of the Syrian people against this regime and all counter revolutionary forces in order to realize the objectives of the revolution: Democracy, Social Justice and No to sectarianism.

Rest in peace comrade, you are an example for all of us. 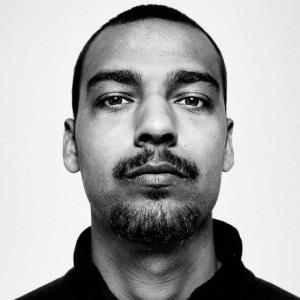 We are extremely sad to report that Ali Mustafa, an editorial associate of New Socialist Webzine from Toronto, was killed today ( Sunday March 9 2014) along with at least nine other people in an air strike by forces of the Assad regime on the neighborhood of Hadariya in Aleppo. [1] Ali was for a time one of the editors of NSW, and continued to do administrative work for the publication while doing journalism in Egypt, Palestine and Syria.

Ali was a very principled and thoughtful comrade. He was inspiring to work with on the Editorial Collective for the NS Webzine, advocating for an open, accessible and creative approach that would attract newly politicizing youth – and pushing us to maintain an ambitious pace in publishing to build our readership. Ali made a significant contribution to the webzine as a writer and photographer, with a range of contributions including interviews, book reviews, analysis of middle east politics, and critical reflections on his own experience as an activist.

Ali had a rare understanding of the complex interactions of imperialism and the internal forces of reaction in middle eastern politics. He would have agreed with Khalil Habash’s ( Joseph Daher’s pen name in the beginning of the Syrian revolutionary process and the author of the blog Syria Freedom Forever)  observation in his 2012 article for NS that “A free, progressive, democratic and truly independent Egypt and Syria are infinitely more dangerous to the Zionist apartheid state and its occupied territories than the repressive Syrian and Islamic Republic.”

Ali was a genial friend, a very human radical activist who understood the value in engaging with people outside the organised left. He always sought to reach wider audiences through the popular media, with published photos showing the carnage in Aleppo as recently as February 26. http://www.nydailynews.com/…/cana….

The brutality of his death and the more than 100,000 others who have died, the more than four million who have been displaced, and the tens of thousands facing death by starvation as a result of the corrupt Assad regime’s desperate effort to maintain power – and the courage and commitment of those who continue to risk their lives signal a grave responsibility for the international left to carry forward the struggle for justice.