Assad’s statue being overthrown in the city of Amouda 2004  during the Kurdish uprising.

The Kurdish uprising on March 12 2004 constituted the founding event in the development of the dynamic of the revolutionary masses, which erupted with the popular revolution of March 2011. The revolution continues by all Syrians and for the liberation of all Syrians

The Revolutionary Left in Syria reaffirms its commitment and support to the self-determination of the Kurdish people in Syria and elsewhere who suffered discrimination and repression of all the various regimes in the region. Support for self-determination of the Kurdish people do not prevent us from wishing to see the Kurdish people to be a full partner in the struggle against the criminal regime of Assad, which they have been since the beginning, and Islamist reactionary forces, and in the building of a future Democratic, Socialist and Secular Syria.We also condemn the behavior of Islamists and other reactionary forces and their racist and sectarian attempts to divide the Syrian people. Similarly, the refusal of some in the Syrian opposition, including the Syrian National Coalition, to recognize the rights of the Kurdish people in Syria are unacceptable and are no different of the nationalist policies of the Assad regime over the past 40 years.

The uprising started during a football match in the city of Qamishlo, in the northeastern of Syria, when some fans of the guest team (Arabs) started raising pictures of Saddam Hussein, an action that angered the fans of the host team (the Kurds). Both groups began throwing stones at each other.

Events climaxed when Kurds in Amouda toppled a statue of Hafez al-Assad. The uprising moved to all Kurdish cities. On 16th March the security forces opened fire and killed 5 protesters in Afrin north Syria.

Many Kurdish soldiers have been assassinated during compulsory military service, at least 48 soldiers were assassinated until the beginning of 2011.

The Kurds continue revolution today, against the Assad regime and his chauvinist Baath Party and his against extraordinary policies.

Kurdish revolution is continuing, to grab all Kurdish right 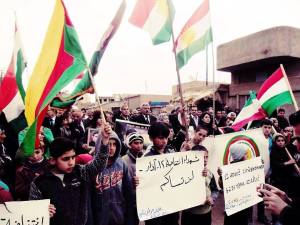 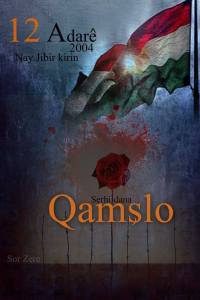 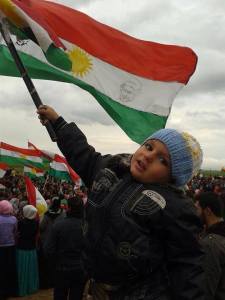 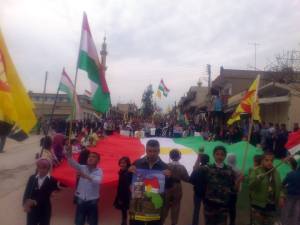 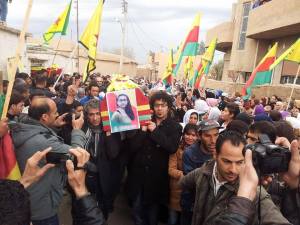 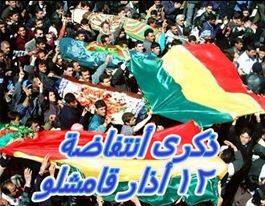 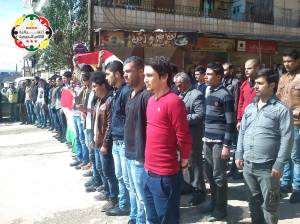 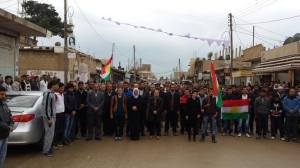 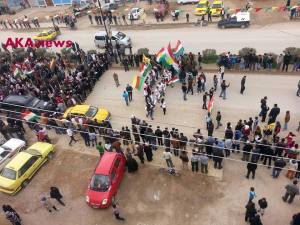