A demonstration was organized on November 11 2014, in a “Free” neighborhood of Aleppo out today (11.11.2014) with the flags of the Syrian revolution. Slogans against the Assad regime and Islamic reactionary forces were raised, but especially against this latter, which is threatening and attacking democratic forces in some liberated areas. A  number of activists, journalists, doctors and civil defense members participated in the demonstration.

Down with the Islamic counter revolutionary forces

Down with the Assad regime

Long live the revolution of the Syrian people

Always with the struggle of the masses 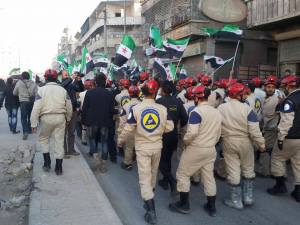 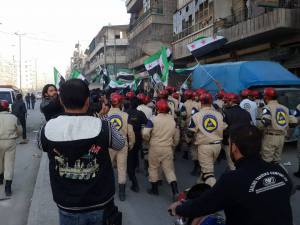 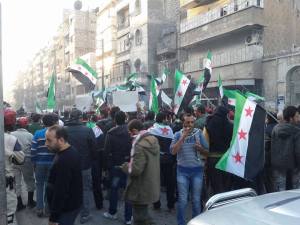 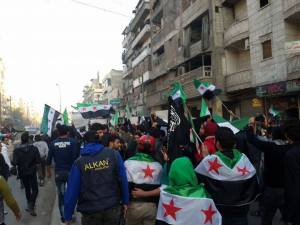 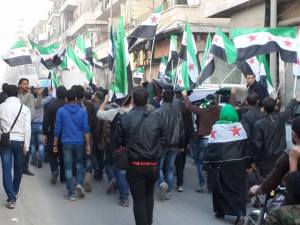