“Almost 80 percent of Russia’s declared targets in Syria have been in areas not held by Islamic State, a Reuters analysis of Russian Defence Ministry data shows, undermining Moscow’s assertions that its aim is to defeat the group.”
Source : Reutershttp://www.reuters.com/article/2015/10/21/us-mideast-crisis-syria-russia-strikes-idUSKCN0SF24L20151021#IrPdpSSsZVQgOQt6.99 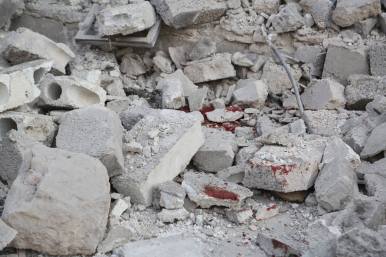 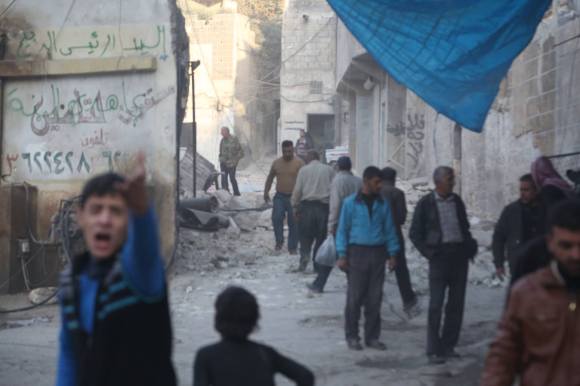 BREAKING: Russian airstrike hits our location in the kalaseh area of central Aleppo which is a civilian populated area during our trip in the city. as a result a number of casualties. Locals expressing anger towards Russia for claiming that it is only targeting terrorists whilst these areas are clear of any signs of these fundamentalists groups or other rebel fighting factions. Since our arrival in the city these strikes have been on going and until now not one of these strikes has targeted any fighting factions but only always the civilians. ANA PRESS</p>Posted by <a href=”https://www.facebook.com/ramijarah”>Rami Jarrah</a> on Wednesday, November 18, 2015</blockquote></div></div>

Kalaseh area in the Central Aleppo market targeted with Russian airstrike over civilian populated area leaving many casualties, locals express anger over Russian claims that the strikes are only meant to target terrorists.  Civil defense arrived a few minutes later to pull those trapped under the rubble.

These strikes have been on going and until now not one of these strikes has targeted any fighting factions but only always the civilians. 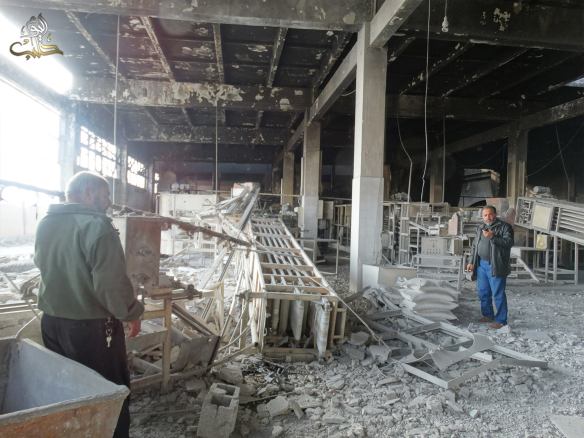 The bread oven in Atareb, a town roughly 25km west of Aleppo city, that served an estimated 120,000 people in and around an opposition-held western Aleppo town is completely out of commission after a reported Russian airstrike, a journalist in the town told Syria Direct on Wednesday.

The oven was “the largest in terms of size and production in the western Aleppo countryside” before it was bombed on Tuesday, Amer al-Faj, a journalist from the town told Syria Direct on Wednesday. Strikes also hit an industrial secondary school and the transportation directorate.

Atareb is controlled by several rebel factions, including FSA brigades and Al-Qaeda affiliate Jabhat a-Nusra. The Islamic State had a presence in the town in 2013, its fighters were driven out in fighting with other rebels in January 2014. 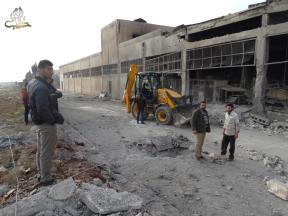 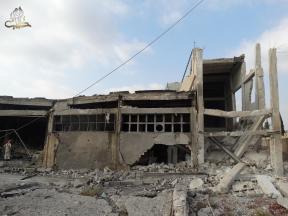