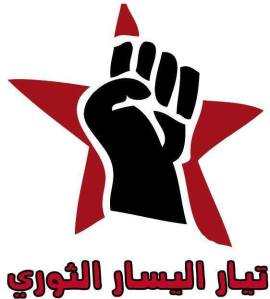 Today the American planes bombed positions of Daesh (also known as the Islamic State), Jabhat al Nusra ( al Qaeda branch in Syria) and Ahrar Sham. These bombings occurred, according to some sources, with the participation of the reactionary Arab governments allied to the USA government, which are leading the counter-revolution at the regional level

The reason why we oppose this imperialist intervention is that its objectives are not to support the Syrian people in their revolution, but to restore an imperialist domination of the countries of the region after the on-going popular revolts undermined it

No to Washington and its allies

No to Moscow and its allies

No to Daesh, no to the counter-revolutionary forces, and no the authoritarian regime

All the power and wealth to the people 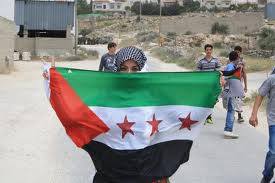 Statement of solidarity with the Syrian revolution

To sign on to this statement please email: srsbases@gmail.com

As Syrians mark the first anniversary of the Assad regime’s chemical attacks on Al Ghouta, which caused the death of several hundred people, we the undersigned stand in solidarity with the millions of Syrians who have struggled for dignity and freedom since March 2011. We call on the people of the world to act in support of the revolution and its goals, demanding the immediate end of the violence and the end of the illegitimate Assad regime

On the anniversary of the attack, August 21st, we call on supporters of the Syrian Revolution, and of the region wide and global uprisings for freedom, dignity and social justice, to organize events to denounce the atrocities, misinformation, lies and shamed silences, and to show solidarity, both political and material, with the ongoing efforts of grassroots SyriansSyrian revolutionaries have continued to struggle for freedom despite the many obstacles they face. To kill the revolution, the Syrian regime pursued four strategies: 1) militarization of the revolt through a six-month long campaign of violent repression of peaceful protests 2) islamization of the uprising by targeting secular groups and empowering Jihadists, 3) sectarianization of the conflict through recruitment of an increasing number of Shia fighters from abroad, coupled with the targeting of Sunni areas, and 4) internationalization of the war by inviting Iran and Russia to play a central role. At the same time countries such as the United States, Saudi Arabia and Qatar backed reactionary groups to undermine the popular revolution

The case of the “Douma 4” also shows that Syrian revolutionaries are fighting on two fronts. Four brave activists working for the Violations Documentation Centre were kidnapped in December 2013 by unknown masked armed men believed to be from Islamist groups. These activists were targeted because they consistently spoke out against all forms of tyranny and human rights abuses regardless of the perpetrator. Their kidnapping is a reminder that the Syrian revolution is not only against the Assad dictatorship, but also increasingly against reactionary and opportunist groups that oppose the objectives of the revolution: democracy, social justice and an end to sectarianism

The first anniversary of the chemical attacks is an occasion to reaffirm the importance of the revolutionary process not only in Syria but also in the entire Arab World. The Syrian struggle against dictatorship, global jihadism, and imperialism from whichever quarter it comes, should not be viewed as local or even regional. It forms part of an insurrectionary moment in which the whole world has become the battlefield. The new developments in Iraq and the resumed war on Gaza have shown that the fate of the Syrian revolution is connected to the situation in the entire region. The struggle of Syrians for dignity, freedom, and self-determination cannot be delinked from the historic rebellion against Zionism, the Egyptian struggles against military despotism, the Bahraini uprising against dictatorship, the Kurdish struggle for self-determination, the Zapatista and other indigenous populations’ resistance against racism and neoliberalism, or the massive workers’ rebellions on every continent against crisis-driven austerity demands

The Syrian revolution is at a crossroads, and Syrian revolutionaries are in desperate need of support as they fight on several fronts. A victory for the various counter-revolutions would make permanent the largest ethnic cleansing of our century, leave the country in ruins, and critically destabilise the region and the world. A victory for the revolution, however, would unleash long-repressed social and political aspirations throughout the Arab world and beyond

In a series commemorating the uprising’s third anniversary, Syrian revolutionary activist Joseph Daher answers key questions still circulating in the western digital commons. In this first part he offers us a short history of the socio-economic causes behind the protests that sprang up across Syria in March 2011. 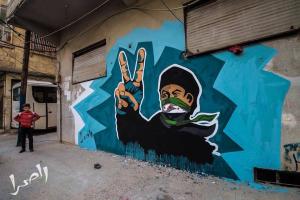 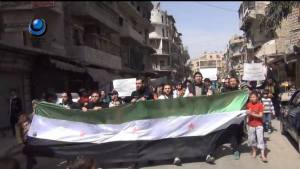 To commemorate the three years of their uprising, the Syrian revolutionaries reminded the world that it is to be included in the processes of the region, giving the Friday, March 14 the slogan: “This is a popular revolution, not a civil war! “. Despite the killings and massive destruction caused by the Assad regime on the one hand, and the oppression of Islamic reactionary forces on the other, the Syrian people continue to struggle for its initial objectives: democracy: social justice and the refusal of sectarianism.

Many popular demonstrations took place throughout Syria on March 14, while various events were organized in the liberated areas to celebrate the third anniversary of the revolution.