Translation of the sentence: Most beautiful place in the world… the refugee camp

The death of Hassan Hassan, the Palestinian Syrian revolutionary activist from Yarmouk refugee camp, at the hands of the security forces of the Assad regime after two months of torture was announced to his father on December 17 2013. He was arrested early October 2013 when he was attempting to leave the camp with his wife, who was released several days after her arrest.

Hassan Hassan founded  with other friends the group “The Palestinian Assembly for Creativity: reaction” as a way to encourage youth artistic creation in the camp and also as as explained by Salim Salamah  “as a reaction to all the mess around him and his world”. the camp!

It should be reminded that he was rejected  by the selection committee of the Higher Institute of Dramatic Arts, composed of pro Assad elitist people. For more information of the life of Hassan Hassan please read this article Salim Salamah “On Hassan Hassan, or the most beautiful place on earth, Yarmouk Camp!” : https://www.oximity.com/article/On-Hassan-Hassan-or-the-most-beautiful-1#.UrCZbqaPE-4.facebook

The death of Hassan Hassan is one more symbol of the hypocrisy of the Assad regime that claims to support the Palestinian cause. This is in addition to the murders and arrests of thousands Palestinian revolutionaries participating in the Syrian revolution, the continuous siege and bombings of Yarmouk refugee camps, as well as the shelling of  Palestinian refugee camps in Lattakia, Deraa, Homs, etc…

We should not forget all the acts of solidarity between Palestinians and Syrians in the revolutions against the regime. This article written in November 2012 shows this solidarity:https://syriafreedomforever.wordpress.com/2012/11/16/we-are-and-always-be-one-syria-and-palestine/

To come back to the Palestinian camp of Yarmouk in Damascus, it has suffered particularly of the repression of the Assad regime since the beginning of the revolution in March 2011. . Beginning of November 2013, Anwar Raja, a spokesman PFLP-GC pro Assad regime Palestinian group, called for the residents of Yarmouk to be evacuated in order to “cleanse” the camp of armed gangs. This call by the PFLP-GC was rejected by the residents of Yarmouk, who warn that if no action is done to stop the PFLP-GC, a second Naher al-Bared will occur. The refugees of Yarmouk described this initiative an attempt to destroy Yarmouk in its entirety. The residents of Yarmouk refused the call by the PFLP-GC and conducted a sit-in, instead demanding for the crippling siege on the camp to be lifted and for those displaced from Yarmouk to be allowed to return. They called on all factions of the Palestinian leadership from the Palestinian Authority, the PLO, Hamas, and Palestinian Islamic Jihad as well as the Palestinian Diaspora to respond to their cries for help to prevent the destruction of their home! During their demonstrations they chanted “No migration from Yarmouk, only from Yarmouk to Jerusalem!”. On December 6 2013, new demonstrations were held in Yarmouk camp and throughout Syria under the name “break the siege”.

Palestinian and Syrian resilience can be seen once more. The Palestinians of Syria have suffered a great deal of repression from the Assad security forces and this reminds us that at no moment can the liberation of Palestine be based on the “support” of Authoritarian and bourgeois regime like the Assad regime. The only way forward and real path for liberation must be based on the struggle and liberation of the People of the region. The liberation of Jerusalem goes through Damascus, Cairo, Amman, Beirut, Ryad, Doha, Tunis, Tehran etc…

In this perspective, the victory of the Syrian revolution will open a new resistance front against all the imperialist and regional powers, while its defeat will strengthen them. The victory of the Syrian revolution will also give a new breath to the revolutionary processes in the region and to the Palestinian resistance. The Overthrow of each current Arab regime is a step forward to the liberation of Palestine! Because Syrians revolutionaries know that their Liberation will never be achieved without the liberation of the Palestinian  people!

The resistance of Yarmouk and all the other Palestinian refugee camps in Syria are part of the Syrian revolution just as the resistance of neighborhoods of Aleppo, Homs and other cities are.

The People are One against all the oppressors! Viva all the Oppressed

Some movies of Hassan Hassan: 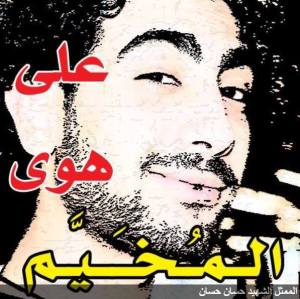 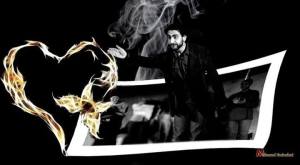 2 thoughts on “Palestine and Syria are one! In memory of the Palestinian Syrian revolutionary activist and actor Hassan Hassan”